If you were one of the proactive orthodontists who took advantage of Google Authorship and the increased visibility of having your photo show in Google’s search results, your run is over. Google has changed the way authorship is displayed in search results, removing photos altogether. 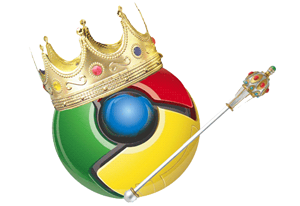 All that appears now is a simple, gray byline. It is barely noticeable. Why did Google make this change? John Mueller, a Webmaster Trend Analyst for Google, claims in a Google+ post that this update is part of an attempt to display search results more simply and consistently across devices.

Meuller also states that “click-through behavior on this new less-cluttered design is similar to the previous one.” That is an indirect way of saying that website owners who were enjoying the increased visibility with their authorship photo will not experience a dip in traffic now that it’s gone. Given how noticeable the authorship photos were on the results pages, there are many doubters to Mueller’s claim.

We can speculate some other reasons why Google would take away such a valuable feature. One main theory is that the authorship photos, which displayed in the organic results and not next to advertisements, were drawing lots of attention and clicks. This would seemingly take away clicks and traffic from the paid ads, which make Google billions of dollars each year.

Another possibility is that the authorship photos became merely an SEO tool, and a way for business owners to enhance their visibility in search results, without necessarily making any improvements to their website or generating any extraordinary content. The authorship photo appearing in search is not the indicator of recommended content that it was intended to be, but rather a signal to Google that the website’s owner pays attention to current SEO tactics.

That being said, this is a blow to the many doctors who capitalized on Google Authorship as a useful component of their orthodontic marketing efforts. Having seen the benefits of a profile photo appearing next to a website in the search results, the news of authorship photos being removed certainly disappoints me. As you might expect, the majority of feedback on this change is negative. Google giveth, and Google taketh away.